S’up internet?!
Yup, you read that title right.
June wrap up!
I’ve finally pulled my head out my ass long enough to post it.
And it’s only a month late. Party!
I say that’s a win on my part.
I know, I get it, I’m a horrible blogger.
Outlander happened.
A RuPaul marathon happened.
Pokemon Go happened.
The elusive sunshine in Scotland phenomenon happened.
There was supposed to be time…
Where did all my time go?!

Whatever. I’m over it. On with the reading.
June started off so horribly horrible.
I DNF’d a book.
Which I rarely do.
However, I absolutely loved everything else I read.
And I managed to conquer a few monsters that were lurking in my TBR.
Le’s go.

Just a little late June in Review
Book summaries are provided in the links.

The Falconer by Elizabeth May

I wanted to like this.
I wanted to like this so freaking bad, honestly.
It’s set in Scotland – woop, home town represent – it’s steampunk, it’s a faery story…
What’s not to love?!
Don’t get me wrong, I adored the premise of this book. The story was really intriguing, the setting was cool – it’s flippin’ Edinburgh man, that’s just awesome – the monsters and action were cool and I sort of loved how drawn I was to the male lead, Kieran.
In saying that, I just couldn’t seem to get along with Elizabeth May’s writing.
I really disliked the female lead. I realise I have a problem with a lot of female leads, but it’s only because I have such high expectations for them. Aileana, in my opinion had such a weak voice for narration. She came across as stubborn and childish and in no way as bad ass as her actions actually made her.
Her incessant inner monologuing and repetitive narrative slowed the story progression to a near halt. On top of that, we had the horrible, cringe worthy – oh my sweet Stevie Nicks, I want to rip my eyes out so I don’t have to read it anymore – Scottish-isms. Maybe it’s because I AM Scottish, but the authors insistence with the constant barrage of Gaelic (which was for no reason, other than to point out how “knowledgeable” the author was, always in italics) and Scottish slang just had me wanting to curl up into a cringe ball and cry forever while consuming copious amounts of shortbread.
Okay so, maybe she got one Scottish trait right.
Shortbread fudging rocks!
As does fudge.
Mmm, fudge…
I don’t know. I didn’t hate this story, but it took me weeks to force myself to read two-thirds into it, and by that time, I decided to DNF it.
Maybe I’ll go back to it one day, I just feel maybe now wasn’t the right time for this one.

The Final Empire by Brandon Sanderson

I actually started reading this book way back in February of last year. I got roughly one hundred pages from the end and, for reasons unbeknownst to me, I stopped.
I think maybe I’m crazy.
I’m definitely looking in to it.
At that time, I was highly recommending this series to a friend of mine, and
he finally picked it up last month. Result!
I got pumped to go back and re-read, and this time finish the first book, so I downloaded the audiobook on my audible app to catch up. By the time I finished (listening at 1.7x speed fyi) he had finished the entire series. Eff you Richard, you marathoning, quick reading son of a biscuit.
Anyway, I loved this book. The hype was most assuredly deserved on this one.
The narrative was so strong and the world building was spectacular and the magic system was the cats pyjamas.
Side note, Carrie, if you’re reading this, I insist you get Gaje, Lucy and Myst some pj’s.
The characters were just the greatest; Kelsir was the coolest: The crew were all totally unique and thought out: Vin was actually really freaking cool.
Can I keep saying how cool this was.
This was so cool.
Easily a 5 star for me.
I try not to marathon series, but I’m seriously tempted to get the rest of the series on audible and just go for it.

Okay.
This book.
Originally I gave this a 4 star rating on goodreads.
After reading it, I remember I liked it a lot.
But as of right now, I can’t really remember a thing that happened.
I remember the basic plot, I remember some of the characters and how it ended in the weirdest way.
But I can’t really remember any big moments or quotes or even if Cal and Mare were a thing?!
Obviously, being forgettable isn’t great, so I’ma have to bump this one down to 3 stars.
I would give it a lower rating, considering I forgot I had even read it until I checked my goodreads read list, but I do know that at the time, I actually enjoyed it quite a bit.

Aaaah Nimona.
What a small ray of toasty sun light this was in the midst of all the huge, epic high fantasy shenanigans I found myself caught up with in June.
Nimona was so flippin’ adorable.
The character that is.
She was roguish and playful and super fun to read about.
With Blackheart, the ‘villain’ being the level-headed recluse, and Goldenloin (yes, that is his name) the ‘hero’ being the morally ambiguous yes-man of the governing force in the story, I loved how this took the whole ‘hero/villain’ dynamic and totally flipped it on its head.
And I totally lived for the back story between these two.
While reading I kept thinking “were they… hmm”
And they totally were.
Read it. You’ll get it.
I can’t say enough great things about this graphic novel. The characters were great and well-rounded for such a short comic, the art work was simple yet fun and totally in keeping with the tone of the story.
This was such an easy 5 stars for me, i devoured this in two sittings because I just couldn’t put the dang thing down.

FRIENDSHIP TO THE MAX!
So I thought I loved Nimona (which I do)… until I read this.
Sdlubfwliu!
Oh gosh, I think this might be my new favourite comic series. Or one of the top three at least.
Top two maybe.
This was the most fun I’ve ever had reading a comic book.
I was literally laughing out loud at a few parts and smiling through the rest.
The artwork was simplistically gorgeous and colourful and a pleasure to gawk at.
The story was adventurous and whimsical and the characters were all utterly charming and loveable.
Though I think April may be my favourite.
Actually I think I may actually BE April, crazy upper arm strength and all. Working in a department store warehouse for five years does crazy things to your strength.
I totally lift bruh!
I adore the message of Friendship and adventure and togetherness this comic promotes, and with all the Pokemon Go adventures my friends and I have had recently it’s meant so much more to me reading this.
As of now, I’ve already finished Vol. 2 (Which I’ll talk about in my July wrap up in 20 months time) and I have Vol. 3 ordered and I can’t wait to read it.
Obviously 5 totally rad stars for these girls.

The Name of The Wind by Patrick Rothfuss

I did it…
I finally did it…
I finished The Name of The Wind!
This took me SOOO long to finish.
Longer than I care to admit.
I would read a good few chapters, get totally bummed out by how sad and tragic his life was as a child, then hide the book for days until I could look at it again without crying like a baby.
This book did a number on me!
But boy did I love it.
Kvothe just stole my heart.
I love me a fiery redhead.
I’ve never wanted someone to succeed as much as I wanted Kvothe to kick ass and show everyone up. Honestly I just wanted to adopt him and tell him everything would be okay and make him tea and feed him cookies.
I really liked how the magic system worked more like a scientific phenomenon than a fantastical elemental force. Even the appearance of what seemed to be a dragon was explained in a way that made it seem so natural and believable in our own world.
The more I think back on this book, the more and more I love it.
For some reason it’s really stuck with my since I finished it. It brought out so many emotions and resonated with me so much that I can’t help but bump up my original rating from a 4 to a 4.5 star.
Why a 4.5 and not a 5 you ask?
I loved this so much, BUT it was so hard going in the beginning and it was an awkward story to initially get into, but once I did, I was hooked.

I’ma just say it. I’m super proud that I conquered both Name of The Wind and The Final Empire in the same month.
That was some heavy reading!
I found new muscles in my arms just from holding these bad boys.
Have you read any of these?
What did you think?
Will I be able to post my July wrap up in the month of July?!
Who knows. Stick around. You’ll find out.
Maybe…

Follow The Not So Secret Life Of A Fan Girl on WordPress.com

quote of the week

“My behavior is nonetheless, deplorable. Unfortunately, I'm quite prone to such bouts of deplorability--take for instance, my fondness for reading books at the dinner table.” - Brandon Sanderson, Mistborn: The Final Empire 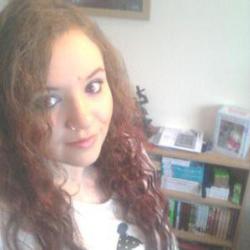 This is When she isn't slaying monsters across the lands of Temriel, Azeroth or Thedas; binging on netflix; or perusing pintrest, Lisa occasionally reads, and attempts to write about her reading habits. Lisa often fails at this. Lisa regrets her life choices.
Loading Comments...